Homelessness and Poverty in Orange County

The Problem: Homelessness and Poverty 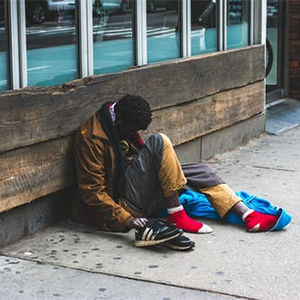 Homelessness and poverty are widespread issues that, combined, affect millions of people nationwide, and hundreds of thousands of people in Orange County alone.

On a single night in 2018, more than 552,000 people were experiencing homelessness in the United States—meaning they were sleeping outside or in an emergency shelter or transitional housing program. Of that number, about 180,000 were individuals in families and 38,000 were veterans. These numbers are an improvement over the numbers from 2014.

Unfortunately, here the problem isn’t getting better. It’s getting much worse. The homeless population in Orange County is growing at a staggering rate. In one night in January 2019, a point-in-time count tallied 6,860 homeless people in Orange County. Using that data, experts estimate that approximately 22,000 people are homeless at least one night during the year. These numbers are nearly 50% higher than the numbers recorded in the 2017 census.

The statistics clearly show the problem our community faces with homelessness and extreme poverty. So what can be done?

The Solution: A Loving and Caring Community

Orange County and our cities are aware of the problem and are taking steps to address it. They have been particularly active establishing permanent and temporary shelters for our homeless population. Much of it is in reaction to a federal lawsuit known as Catholic Worker v. County of Orange.

Bridges at Kraemer Place is a nice example of the shelters. Operated under the oversight of MercyHouse, it is a 24-hour emergency homeless shelter facility in the city of Anaheim that is ADA Accessible and serves homeless single men and single women in the North Orange County area. The shelter’s primary focus is assisting program participants with creating a housing plan, making connections to housing resources and ending their homelessness as soon as possible. The shelter serves 200 men and women and has office and meeting space to offer additional services.

In September 2019, three more cities committed to provide specific amounts of shelter for homeless people and to not enforce anti-camping laws against them unless they’re refusing available beds that are appropriate for their disabilities.

In October 2019, officials celebrated the groundbreaking of a new mental health campus, called Be Well OC, that’s scheduled to open in January 2021 near the Santa Ana riverbed in Orange.

Each winter, Orange County Armory Emergency Shelter Program opens their shelters in Santa Ana and Fullerton. For winter season 2019/2020, the armories will open with up to 400 beds.

Many cities are also working on the problem. For example, Anaheim works with the nonprofit Mercy House to provide food, showers and other services to homeless individuals in and around La Palma Park. And Santa Ana recently proposed a three-part initiative, which includes converting an old motel into housing for chronically homeless people and families.

Churches of all denominations are also stepping up to try to address the community’s needs. More than 200 churches in the county have food pantries or participate in other ways to help shelter, feed and clothe the poor near their place of worship. Churches are very good at reaching out to people in need and serving without any expectation of being repaid.

Without diminishing the great work of the county, cities and churches, we find that some of the most inspiring efforts come from the many charitable organizations dedicated primarily to providing shelter, food and clothing to the poor. Many times the individuals running these organizations have committed their lives to the cause and have foregone personal and material successes to do it. These organizations are featured on our website and mobile app. Please read their stories and see the good work they are doing for our community. These organizations survive with the assistance of a caring community of volunteers. THEY NEED YOU!

What can you do to help? Use our site to learn about the great Orange County charities that are dedicated to providing shelter, food, clothing, and other basic necessities to the poorest members of our community. Find an organization that inspires you to take action and then volunteer to help. You can begin by registering as a volunteer on our site.

“If you can’t feed a hundred people, then feed just one.”